Waya doubles as a both a Guest House where travelers from all over the world can rest their heads and as a Shared Lounge where locals and foreigners alike can relax and form lasting connections. However, I can bet you didn't know that Waya also has a farm!

The last time the Waya Farm was used was nearly three years ago, so it has turned rather jungle like. You can still tell where the farm is versus where the proper forest begins, but the line between the two is starting to blur. In the There's also the remnants of an old brick barbeque, but nature is quickly reclaiming that as well. Past there were potatoes and a variety of other things planted here, but the proof is slim. 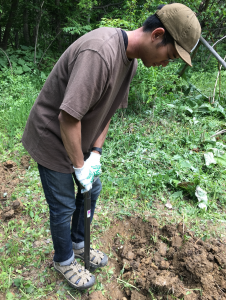 The first day back on the farm took some effort to get it usable, but the team tried their best. The first step was to cut down the weeds that hard grown nearly knee high in many places. Luckily, special guest farmer Aki came along to Give the team some guidance. After just a few moments of his weed whacker the growth became slightly tamed. The next step was to turn the soil and remove as many of the weeds as possible. The soil was incredibly hard and dry, so this step It took much longer than anticipated. After a long effort, there was a small plot of land sectioned off. 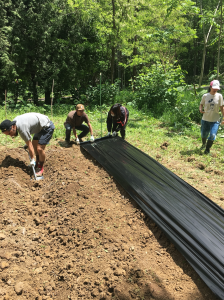 Since it had been years since the last time the land had been used, the soil was not exactly ideal for growth. Multiple types of planting soil were added to the existing soil as well as white perlite balls to help the soil retain water. After some More mixing, the soil was deemed ready for planting. Three rows were made within the plot and plastic sheeting added to keep weeds to a minimum. 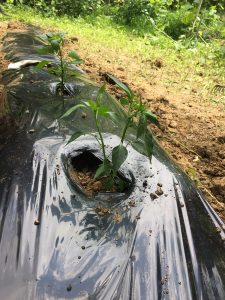 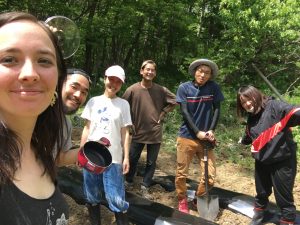 Although eager to learn, the team is still very new to farming. Given the difficult conditions of the land and the lack of water, let us know if you have any tips! Any advice is appreciated!

A Big Nail Mark in the forest